Thinking about skipping the gym today? Think again! It’s not just your biceps that will miss out if you skip a gym session— so will your brain. Neuroscientists have shown that regular exercise supports brain function, a positive mood, and cognitive health.

Big muscles and attractive looks are some of the important goals we strive for when we are physically active. We make time for the gym, eat clean and constantly look in the mirror to get a glimpse of our transforming body. But what happens to the aspects that a mirror cannot show? Let’s look at a few absolute certainties that we can expect with an active lifestyle.

In a study conducted at the University of British Columbia, researchers found that regular aerobic exercise, the kind that gets your heart and your sweat glands pumping, appears to boost the size of the hippocampus, the brain area involved in verbal memory and learning. This could prevent dementia which is detected every four seconds globally! Researchers estimate that by the year 2050, more than 115 million people will have dementia worldwide. So, if you want to protect yourself or you loved ones, exercise at least 30 minutes to the point of sweating every day!

The American Psychological Association examined the “mood-enhancement effect” of exercise and found that working out can lift your spirits in as little as five minutes — meaning a short stroll outside can be just what you need to cure a bout of the blues. Even more importantly, regular exercise can help combat Alzheimer’s disease and anxiety. A 2014 study published in “Lancet Neurology” reports that the incidence of Alzheimer’s disease might be reduced through improved access to education and the use of effective methods targeted at reducing the prevalence of vascular risk factors, which include regular physical activity.

Do you know that scientists are predicting an upcoming epidemic of depression? More than 350 million people suffer from depression. And women experience depression twice as often as men. Depression can also increase the chances of getting cancer and this will be one of the leading diseases by 2030. But here is the good news – Exercising helps fight the symptoms of depression by boosting the production of BDNF (brain developed neurotrophic factor). BDNF is a kind of protein that helps the neurotransmitters perform their functions effectively. A 2013 study published in the “Cochrane Database of Systematic Reviews” analyzed the effect of exercise on alleviating symptoms of depression. The study found exercise to be just as effective in treating depression as any other alternative, such as psychological therapy or drugs. Another study published in 2014 in the “Journal of Cell” reports that exercising not only helps fight depression but helps prevent it, too.

Do you want to get a faster career promotion? Or are you working more than 12 hours a day and still haven’t found a brilliant idea for your business? Instead of sitting at the office, try to find time for a quick workout instead. The “Harvard Business Review” found that exercise — especially exercise completed during work hours — can increase your “mental firepower” by improving skills like concentration, focus and creativity.

Exercising makes you smarter! A 2008 study published in “Education and Psychological Reviews” found that exercise may prove to be a simple, yet important, method of enhancing children’s cognitive development. The study noted that following aerobic exercise training, children’s performance improved on tests that involved executive function. In addition, exercising not only improves IQ levels but also helps overall cognitive development. A 2009 study in the “Journal of Clinical Psychology in Medical Settings” noted that exercise, especially aerobic exercise, can be extremely helpful in improving cognitive flexibility. The study saw a close link between aerobic exercise and increased mental speed, attention and cognitive flexibility.

Physical exercise is the key to brain health and has been shown to: 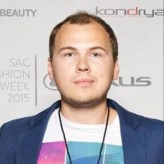